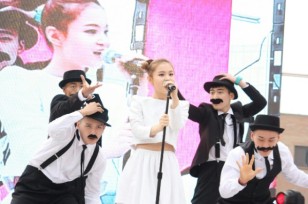 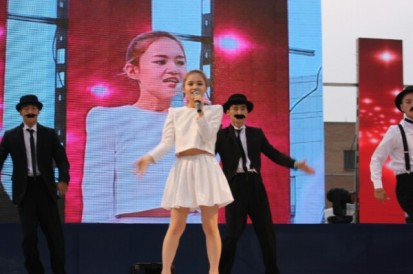 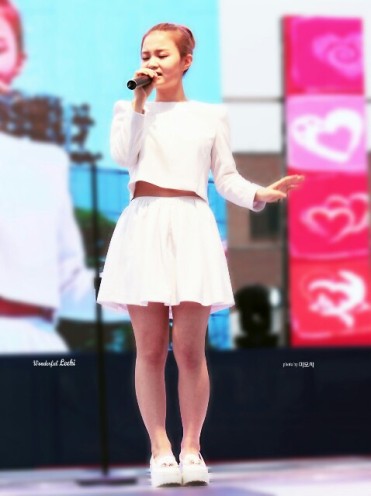 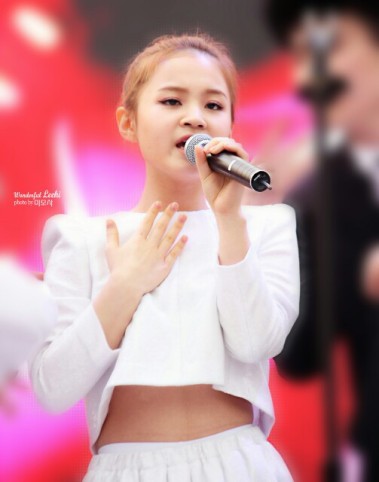 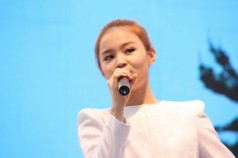 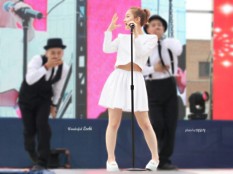 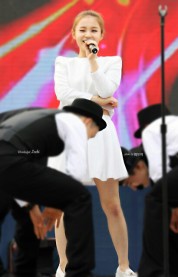 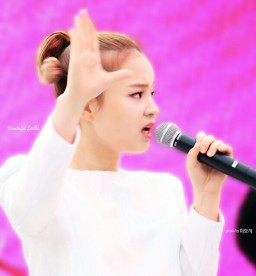 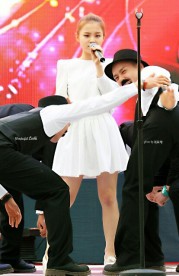 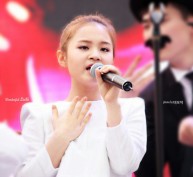 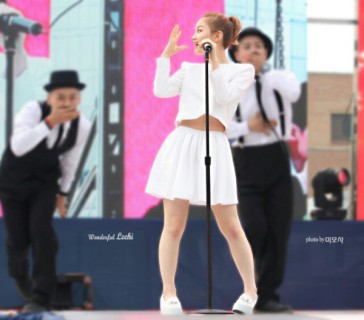 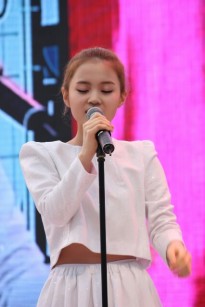 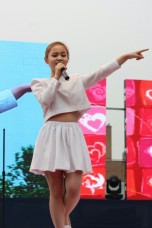 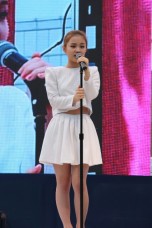 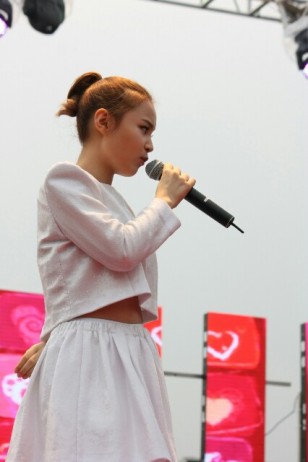 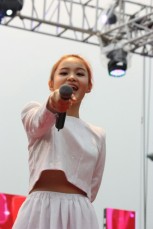 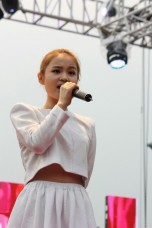 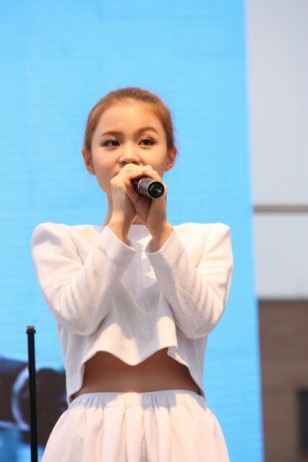 In celebration of 10th anniversary of Gummy’s debut, she will be releasing a new mini album in Japan on the 3rd of April. The new album will be called ‘Fate’, it will portray how people seek love although they eventually accept their destiny. It has also been revealed that BIG BANG’s Daesung will be recording a song for ”Fate”.
Check out the preview of their collaboration song below:~

G-Dragon will be the next Big Bang member to debut solo in Japan.

On April 1, YG entertainment announced that “G-Dragon will release his solo debut album in Japan on August 14.”
“We haven′t been able to decide on any specifics about the album, but the country has been showing interest in his first Japanese album,” it added.
Daesung was the first member to debut in Japan as the solo singer D-Lite in February. G-Dragon is to be the second.

Before his debut, G-Dragon plans to first complete his first solo world tour, the G-Dragon 2013 World Tour: One of a Kind, which includes a four-dome tour in Japan.
Most recently the singer performed in Korea and launched his world tour in Seoul.
Source: ENewsWorld / As Tagged
Cr: bigbangworldwide

During this ‘Rhythmer awards’ you said that you can work in perfect harmony and be comfortable with G-dragon, right? We would like to hear more about how it was like….
How was “One of A Kind” Created?
How’s your relationship with other YG artists?
Who bothers you by asking you for music the most?
So you interact with Bigbang members the most.
How about 2NE1?
What kind of music do you guys listen to when you guys are together?
Almost all of YG’s music has caught the ears of not only idol fandoms but pop fans and black music manias. Where does this power of YG’s music come from?

The singer managed to entertain 24,000 fans at his D-Lite D′scover Tour 2013 in Japan ~DLIVE~ held from March 30-31 in Budokan.
From his J-Pop cover album D′scover, Daesung sang many remake tracks including Utautai No Ballad, Hi No Ataru Sakamichi, Zenryoku Shoujo and Joyful, as well as his own new songs Wings and Baby Don′t Cry.
The concert continued under the concept of a warm live concert, and had the singer sing a total of 21 songs including Dreams Come True′s Mirai Yosouzu II by popular demand from fans.
This was the first time Daesung performed in collaboration with a live band and Japanese musicians.
Original Megadeth member Marty Friedman joined Daesung in the band, while other prominent Japanese band members followed.
Singer Gummy helped Daesung onstage this day as a label mate and friend. She sang her promotional singleShinjiteiru… from her first Japanese album Fate(s).
Daesung was known to have taken charge of not only his performances, but also of general stage effects and videos.
He said, “I was very worried because it′s my first solo live, but I′m very happy I was able to put on a great live performance with my splendid band and my fans. I was able to sing live with confidence thanks to all of you. It was a great experience, and I′ll continue to work hard in the future.”

Daesung originally planned only to hold concerts in Kobe and Budokan, but when fanclub demand for tickets shot up and fans continued to bombard the agency with inquiries, he decided to expand the series to a national tour.

G-Dragon kicked off his ‘G-DRAGON WORLD TOUR: ONE OF A KIND‘ at the Seoul Olympic Park Gymnastics Stadium on the 30th and 31st of March.
He unveiled his new single “Michi GO” for the first time and performed a total of 16 songs including “One of A Kind“, “Butterfly“, “Missing You“, “That XX“, “Today“, “A Boy“, “This Love“, “1 Year Station“, “Nightmare“, “She’s Gone“, “Crayon“, and “Fantastic Baby“.
G-Dragon commented, “The G-Dragon concert now ends like this. I thank everyone who came out. I hope I get to see you again next year. I’m sad that the concert is over. Now my overseas concerts are waiting for me, and whenever I go overseas, my heart feels a little homesick. I think that all I can do is work hard. I ask for a lot of support, so I won’t faint. A New Big Bang album is also planned to be released soon, so we will meet fans on stage in the near future. Please just wait a little bit longer.”
“First off, I will be serious for a moment. During the past four years, a lot has happened in my life. Although I matured as an artist, I also took time to mature as a human being. I don’t know what I’ll be doing four years from now, but I want to continue doing music. I will continue to show a good image.”

He continued, “I was so happy today. I hope that this concert remains in your memory for a long time. A lot of people worked hard for this Seoul tour concert which kicked off today. I will introduce them one by one so I ask that you give them a big round of applause. First off, I thank the b-boys, guitarist, bass guitarist, drummer, and lighting and camera directors who inspired me a lot. I am very thankful to my hairstylists, manager hyungs, and staff.”
G-Dragon also showed his gratitude to his YG Family: “Honestly, we don’t contact each other often, but I thank my members who always support me. I’m also thankful to Yang Hyun Suk and the YG family. I’m always thankful to my family who’s such a big source of strength. I want to ask my mother, ‘Your son finished his concert well. Aren’t you proud?’ And last but not least, I am thankful to myself.”

G-Dragon will continue on his world tour until June after 26 concerts across 13 cities in 8 countries.
Source: Allkpop / As Tagged
Cr: bigbangworldwide

Link to the full song on soundcloud:

YG Entertainment announced the news along with the photo above, revealing that the song will be made available to fans in Korea, Japan, and Thailand first on April 1st. The download will then open up for other parts of the world soon afterwards.

In order to gain access to the download, fans must install the phone app and purchase the ‘G-Dragon Special Edition’ sticker, and input it on G-Dragon’s official public account on ‘LINE’.
But for VIPs attending the multi-talented idol’s concert in Korea, you won’t have to wait until the 1st since G-Dragon will perform the new single live at his world tour kicking off in Seoul on the 30th and 31st!
Check out the ‘LINE’ event page ‘here’ to keep up to date and download the app.

The Song will be first available to Korea, Japan & Thailand and later worldwide. In Addition, to be able to listen to ‘MichiGO’ fans will have to download the GD Special Edition Sticker in LINE.

Welcome to ygnatics.wp.com, one of the fansites dedicated for all you YG Family Fans out there. We aim to provide you with the latest YGE news daily. We hope that you would follow & support us! Thank you ^^
- YGNATICS

YGNATICS
Create a free website or blog at WordPress.com.